What IS Persuasive Writing?

Write down the 'key arguments' that Severn puts forward about environmental issues.

Plot her speech on the story graph given to you.

What is the crescendo scene and why is it SO important?

What argument won you over and why?

FOR and AGAINST TASK

Reading is the most important skill you will learn in school...

Write arguments for either side in your exercise books.

In persuasive writing, especially with our strongest arguments we use 'powerful' words to hit home to our reading or viewing audience. These words evoke feelings of change, motivation and a 'can do' attitude.


Prime ministers and their speeches
Our prime ministers are known, in no small measure, for the content and delivery of their speeches. Prime ministerial speeches on the floor of the Parliament, on the campaign trail, in good times and bad, help define them as political leaders and prompt a range of responses from the Australian people.

Can you think of any more?

Listen/Watch the above videos and write down all of the persuading words that are used. You may even like to write down 'phrases' which are powerful.

You have only a few lines to HOOK your reader into reading and being PERSUADED by your text or speech. View the below advertisement and discuss how this grabbed your attention.

With a partner, you must identify what persuasive devices the authors have used in their 'sizzling starts'.

‘This is the most urgent of times, and the most urgent of messages.
Honoured delegates, leaders of the world, I pretend for a living. But you do not. The people made
their voices heard on Sunday around the world and the momentum will not stop. And now it’s YOUR
turn, the time to answer the greatest challenge of our existence on this planet ... is now.
I beg you to face it with courage. And honesty. Thank you.’
(Leonardo DiCaprio 2014)


What persuasive devices did Leo use that made his speech effective? i.e. emotive language, the Rule of Three, repetition, rhetorical questions? 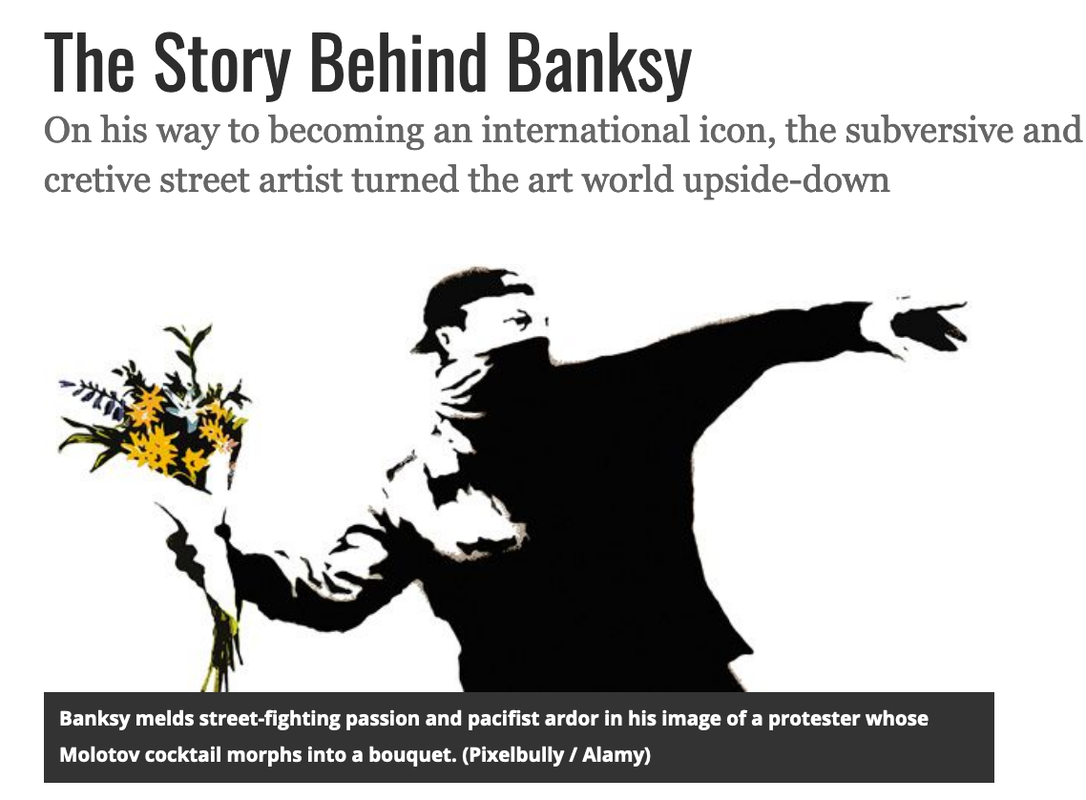 Banksy is a British street and graffiti artist. He likes to remain anonymous and not let people know his true identity. He often draws in high visibility public places such as on buildings or train stations. His paintings are often about politics, war and other important topics.

His satirical street art and mind-hurting pictures combine dark humour with graffiti. The graffiti is done with a stencilling technique. Such works have been done on streets, walls, and bridges of cities throughout the world.

Banksy's work started in the Bristol underground scene, which had collaborations between artists and musicians. According to graphic designer Tristan Manco and the book Home Sweet Home, Banksy "was born in 1974 and raised in Bristol, England. The son of a photocopier technician, he trained as a butcher but became involved in graffiti during the great Bristol aerosol boom of the late 1980s". His style is similar to Blek le Rat, who began to work with stencils in 1981 in Paris, and to members of the anarcho-punk band Crass, which did a graffiti stencil campaign on the London Underground system in the late 1970s and early 1980s.
Banksy displays his art on public surfaces such as walls and even going as far as to build physical prop pieces. He does not sell photos of street graffiti directly himself. However, art auctioneers have been known to attempt to sell his street art on location and leave the problem of its removal in the hands of the winning bidder. Banksy's first movie, Exit Through the Gift Shop, billed as "the world's first street art disaster movie," made its debut at the 2010 Sundance Film Festival. The movie was released in the UK on 5 March 2010. In January 2011, he was nominated for the Academy Award for Best Documentary for the movie.

Identity- There have been numerous rumours as to Banksy's identity. Names often suggested include Robert Banks and Robin Gunningham.
In 2004 an alleged photograph of him in Jamaica surfaced. In October 2007 the BBC website featured a photo allegedly taken by a passer-by in Bethnal Green, London, purporting to show Banksy at work with an assistant, scaffolding and a truck. From the pictures, Banksy's identity was thought to be Robin Gunningham, a man born in Bristol on 28 July 1973. Gunningham was educated at Bristol Cathedral Choir School and Leicester Polytechnic, now De Montfort University, and according to a former friend, was "extremely talented at art".

Gunningham lived with artist Luke Egan. Around 2000, when Banksy moved from Bristol to London, Gunningham is known to have moved from Bristol to a London flat in Hackney, and a number of Banksy's most famous works appeared nearby. At that time, Gunningham lived with Jamie Eastman, who worked for a record label that used illustrations by Banksy.
In May 2009, the Mail on Sunday once again speculated about Gunningham being Banksy. This "new Banksy rat" story was also picked up by The Times, and the Evening Standard.
In response to reports that Banksy was Robin Gunningham, Banksy's agent refused to either confirm or deny the reports.

Simon Hattenstone from The Guardian is one of the very few people to have interviewed him face to face. Hattenstone describes him as "a cross of Jimmy Nail and British rapper Mike Skinner" and "a 28-year old male who showed up wearing jeans and a t-shirt with a silver tooth, silver chain, and one silver earring." In the same interview, Banksy claimed that his parents think he is a painter and decorator.

Banksy himself states on his website:
I am unable to comment on who may or may not be Banksy, but anyone described as being 'good at drawing' doesn't sound like Banksy to me.

Miss Stanton found a Banksy in New York City
There is always hope... By Banksy 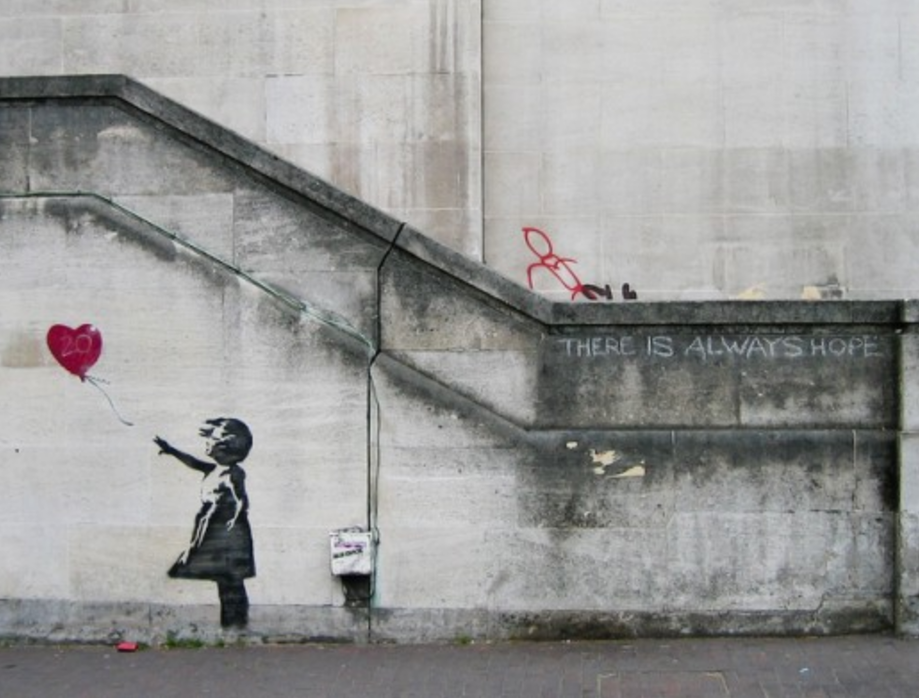 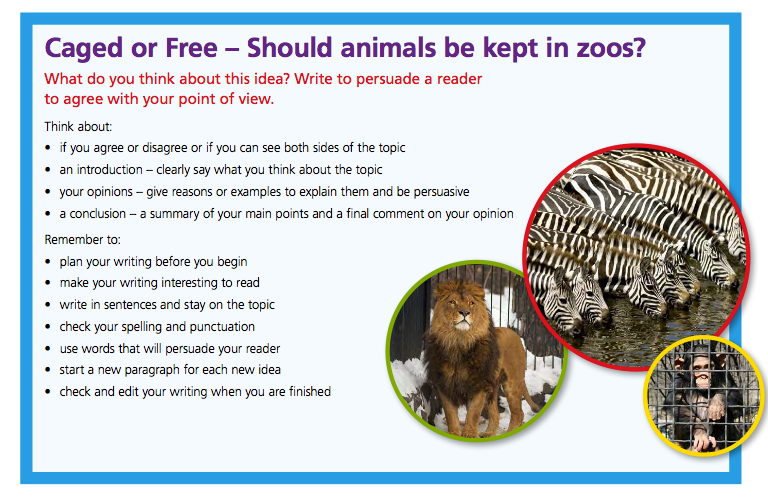 Exposition texts (or persuasive texts) are written for the purpose of presenting a point of view in favour or against a specific topic. The ultimate aim is to try and convince the reader with your opinion, or take a certain course of action, by giving reasons and examples to support your ideas.

Watch the below videos and take note of the powerful persuasive language they both use to convince you of their arguments. 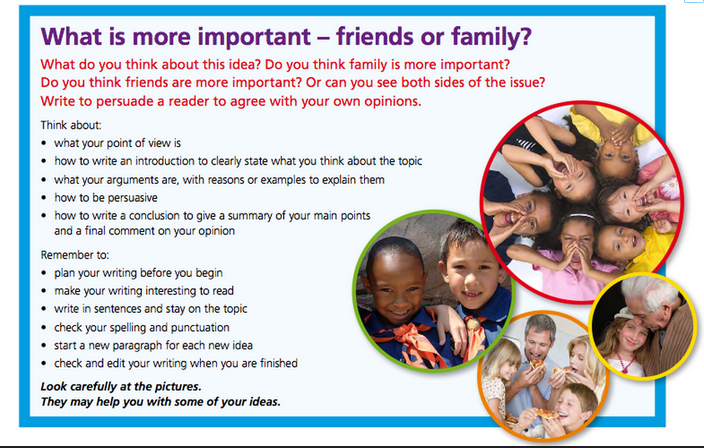 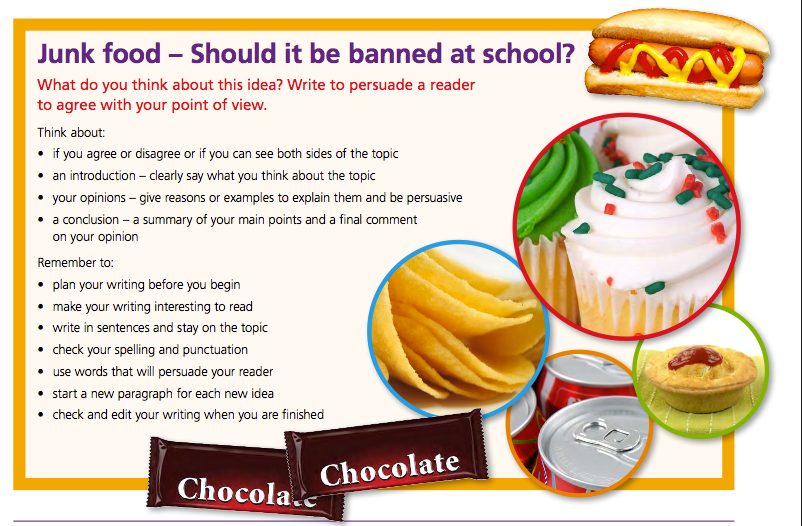 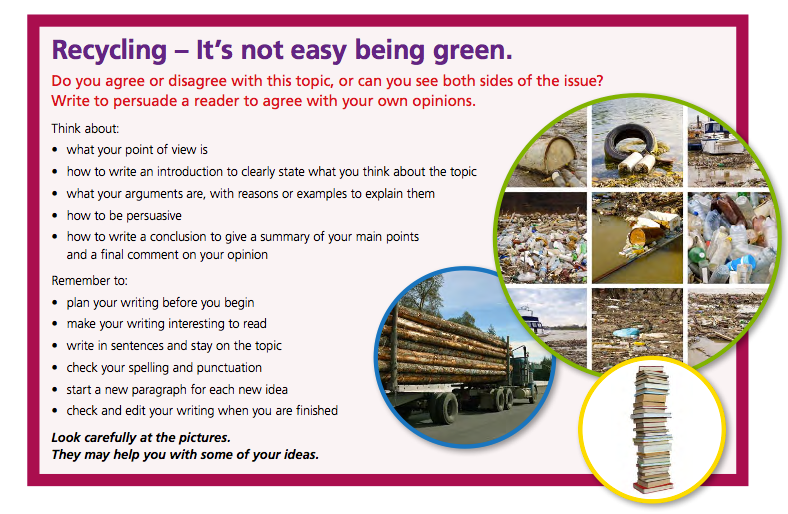 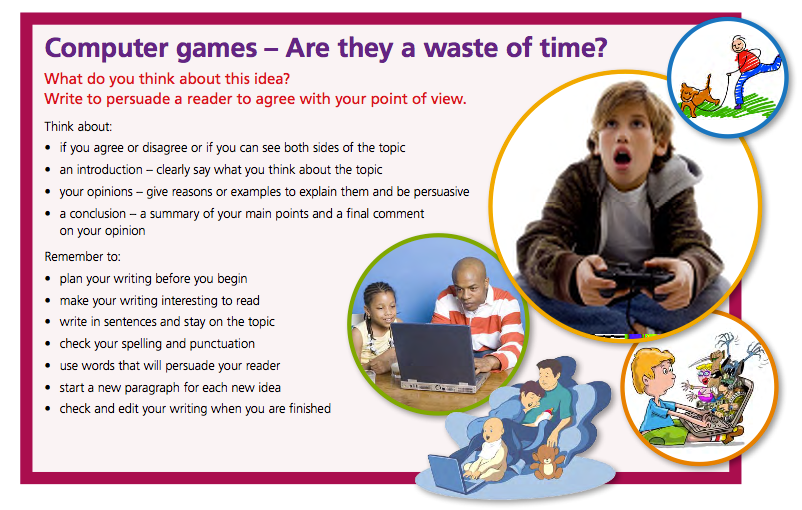 What's your opinion on graffiti? Do you think it's just defacing our property and not having respect for our environment? Or do you think it's a form of artistic expression?
Have your say NOW! Convince me whether you think it is art or just plain disgraceful. 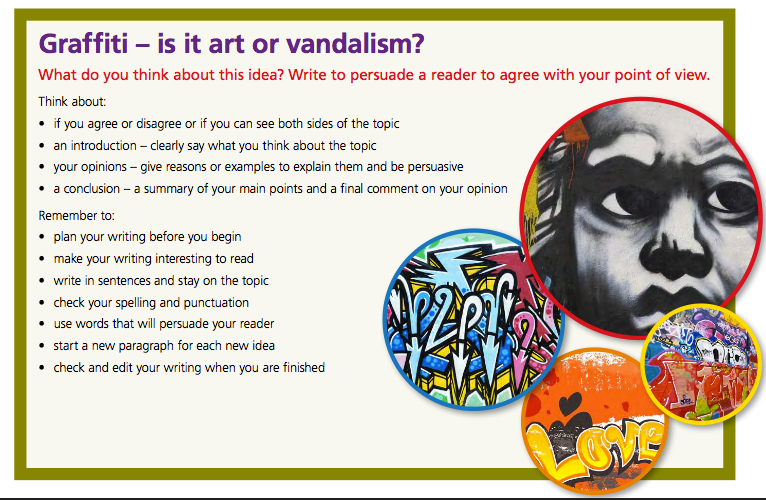 This totally cool website can create a rather arty version of your very own name. Visit the site below to input your name. Once you have saved your creative graffiti art, print it out. You will be using watercolour pencils to colour your creation in. Have fun!
Graffiti Creator Site